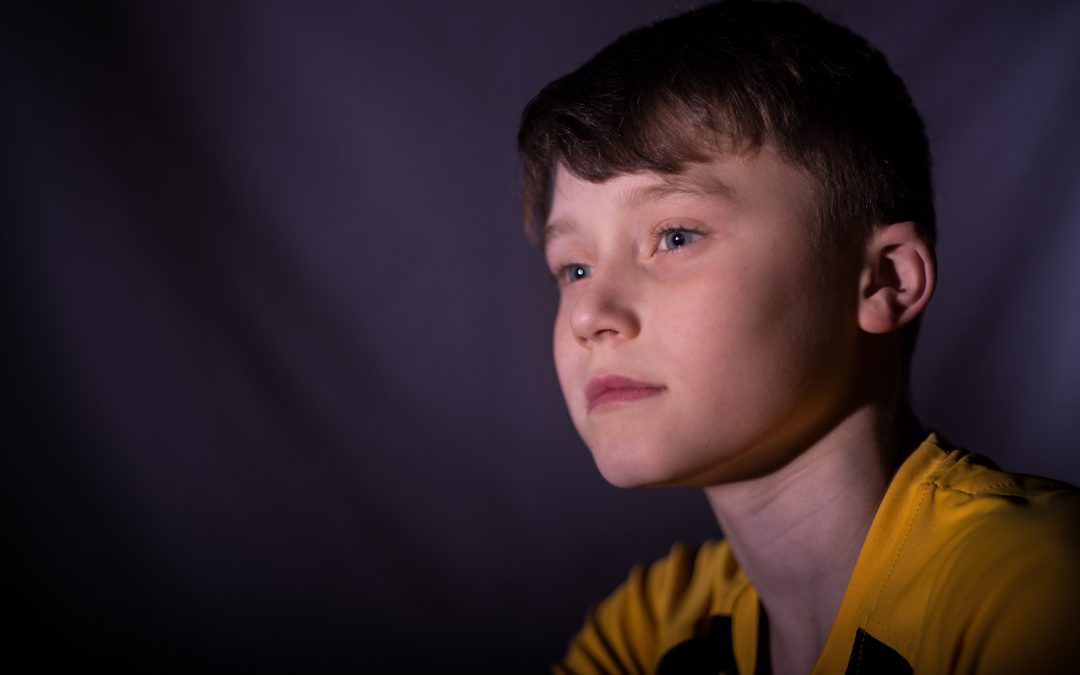 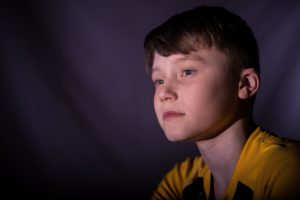 *Names have been changed and stock photography has been used to protect the identity of the family.

His first brave start to life was the moment he was born – at only 26 weeks weighing in at four and a half pounds.  A premature baby with the fight of his life to begin three hours later.  Surgery to delicately place his intestines inside his body and prayers that his body would accept them.  Jeff has had eight surgeries, most before he was six months old.

A young mom at 17, Jacqueline was facing more than many would see in a lifetime. Two families in major conflict, a young mom and dad – kids themselves – fearing for their newborn, and a medical team with their hands full.  “What I saw that tiny boy go through, fighting as hard as he did, has never left me – it’s why I fight every day to give him a normal life,” shares Jacqueline.

Mom and dad did not have a long relationship, and soon Jacqueline found herself without a job, without money, no place to live, and a baby in tow.  Jacqueline and son Jeff moved into the Women’s Shelter.

“The shelter was not how I would choose to live, but I had no other option.” Jacqueline describes it as a good place – a roof over their heads, a community kitchen, and somewhat of a social environment, albeit perhaps, not always the best.

They spent a lot of time at the Calgary Public Library and as a very special treat, an ice cream on the way home for Jeff.  “I wanted him even then to build fond memories of an outing with mom.”

Determined to move out of the Shelter and reach the dream of having their own place, yard, car, and the dog that Jeff has always wanted, Jacqueline went back to finish high school, and last year earned her learner’s license.

But she did get the job.  And she’s been there ever since.  It’s not a surprise.  While Jacqueline does not see herself as a hero, others do.  It is her fierce determination to be the best mom ever.

“He was so angry, frustrated in his classroom, outbursts in class, and would literally run away.  At home, his behaviour was the same, and it was hard to understand what was happening,” says Jacqueline.

“Jeff’s dad and I started out with equal shared custody and I thought it was the back and forth every two weeks,” says Jacqueline. When Jeff came home from his dad’s, there was a three-day lapse, attitude, broken house rules, and an angry child who was trying to understand two different lives he was being asked to live.  The judge awarded Jacqueline custody, with Jeff now spending every second weekend with his dad.  But sadly, the outbursts at school continued – even with more stability in his home life.

“I won’t ever forget Jeff’s first Principal.  It was her insight into Jeff’s behaviour, and perhaps because her husband is a Police Officer, she saw something else happening to Jeff that we did not.”

The Principal recommended Jeff for the MASST program (Multi Agency School Support Team).  MASST is an early intervention initiative that supports children from ages five to 12 who exhibit behaviour that puts them at risk of criminal involvement, or who are at increased risk of being victimized.

“I had no idea what MASST was, that such a program existed, or that it could be something to help us,” admits Jacqueline.  “I didn’t consider something else bubbling under the surface of Jeff’s young life.”

What came to light was that Jeff had a severe learning disability – he was smart enough to realize that his brain did not work like his classmates and his frustration only fuelled his anger.

The MASST team taught Jeff how to recognize when he needed a break, calming techniques, provided field trips to experiences, and hired a university student tutor who he bonded closely with.  Police Officers continued to stop in to say hi and see how Jeff was doing.

“This is all making such a positive difference in Jeff’s life and finally I feel, three years later, we are through the worst of it,” says Jacqueline.

Today Jeff is in grade five and in a classroom of only ten students – kids each with their own anxiety and learning disabilities. While personalities can be polar opposite, group tasks are accomplished with students learning to work in teams, even if they reach the end goal in different ways.

“Now he loves school, and is a leader in his classroom,” says a proud mom.   “Jeff has come full circle.  He is confident, outgoing, engaging with his teachers and classmates, a comedian, and really enjoys school. His stress levels have come down and there are far less anxiety attacks.”

“When we see Police Officers, Jeff is excited to say hello and have a conversation. Now he can identify what’s going on in his head and instinctively knows not only how to help himself, but also who is on his side to get him over the hump.”

At grade five, young Jeff is already pondering his future, and recently asked, “how long can I live with you mom?  Do I have to leave when I am 18?”  Jacqueline’s answer is a swift “no” – but – “you will need to carry on with your education and get a good job,” she answers. “You can live with me as long as you like, but I want you to be successful so you can live the life you enjoy.”

But it’s when Jeff shares his beautiful smile and says, “Mom my love bucket is empty – can we hang out today?” that Jacqueline’s heart melts.  “If he wants to hang out with me, I know I am making the positive difference in his life I always hoped I would.  And all of this could never have happened without the MASST program funded by the CPF that we are both forever grateful for.”