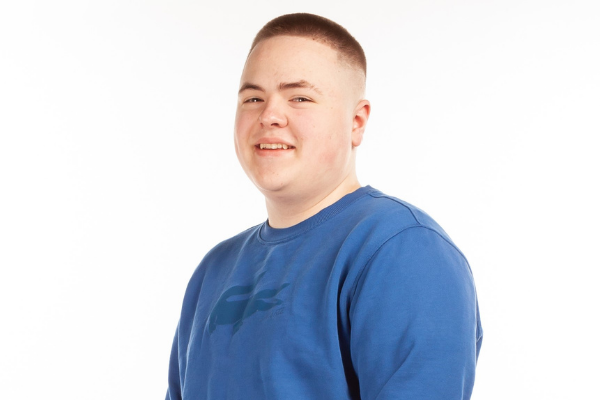 Scott is eighteen years old and entered the Youth At Risk Development program at age 16. When joining the program, Scott recognized that he had not been making good life decisions and that a change was needed. He also knew that he was contributing to the serious problems the family was facing as a whole. They were dealing with a potential eviction and his younger sibling, and the family, were also being supported by the Multi Agency School Support Team. Scott’s mother believes that without the YARD Program, Scott would have most likely ended up in the young offender system and removed from the family.

While in the YARD program, Scott was able to identify some important goals that he wanted to work towards; such as getting his learners license, completing his high school education, and getting his first job. Through his commitment and perseverance, and with the support of his YARD team, Scott passed his learners test and now has his full drivers license. With tutoring help, he has been able to prioritize his school work and is set to complete his studies this year. Although he does not yet have part-time employment, he is working hard on finding a job.

Scott has also had the opportunity to take on a leadership role while in YARD, particularly during group activities and field trips. His fellow program participants have come to respect him and look to him as a source of guidance. Those who know Scott and have seen his growth, have noticed a significant shift in his attitude towards others. Throughout his journey, Scott has also become a great role model for his younger siblings. Scott’s respectful and generous demeanor has had an extremely positive influence on them and their family. Scott wants to keep his siblings safe and spends time with them so that they learn the difference between right and wrong. As a keen gamer, nowadays Scott is able to spend more time safe at home with his family, although it does seem to keep him up late!

While Scott recognizes that he may not have always made the right choices in his younger years, he tells us that his experience is an important part of his past and without it, and the positive relationships with the Calgary Police Service and teaching staff who encouraged him, he would not be the person he is today – someone with a vision to finish school and have a good career.