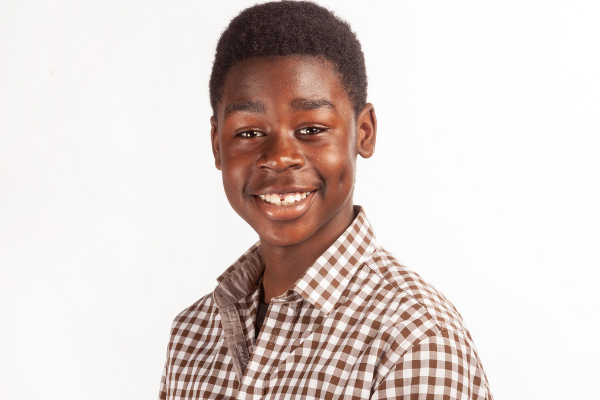 Nathan first came to YouthLink Calgary Police Interpretive Centre in the spring of 2019 for YouthLink Calgary’s Police School. This week-long program focuses on students who live in areas where there is a higher risk of crime or becoming a victim of it. While in the centre, the educators observed that Nathan always had a smile for everyone. His easy-going attitude was infectious, he always helped his teachers, and was awarded the Police Training Officer Award for his willingness to help and encourage others, a positive attitude, and accepting others’ differences.

When the school term ended, Nathan was invited to come along to YouthLink’s Summer Camp at no cost and he proved to be a great help. He made sure the younger campers were doing well and helped defuse conflicts. Once more, Nathan was recognized for his contributions; this time with the Chief’s Award for his leadership ability, problem solving and compassion for others.

Nathan is known for always volunteering to lend a hand. His kind heart and helpful nature has allowed him to be a positive role model and he welcomes this responsibility. In school, he has earned the respect of his teachers and peers and continues to be a positive influence to those around him. Nathan also recognizes the incredible impact his family has had on his journey.  His brother taught him how to work hard to achieve his goals, his sister holds him accountable and keeps him in check, and his mother reminds him to never give up, while continuing to love and encourage him in all that he does. With the support of his family and the YouthLink Staff, Nathan has applied to be in the Calgary Police Cadet Corps program and hopes that this will ultimately help with his dream of working for the Calgary Police Service and serving his community.